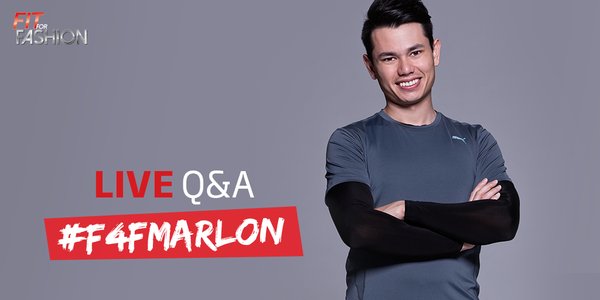 He needed to do something about his expanding waistline

After a lifetime of unhealthy eating and exercising indifferently, Marlon Dance-Hooi decided that enough was enough. He needed to do something about his expanding waistline. He talks to us about his Fit For Fashion experience.

When Marlon Dance-Hooi turned thirty he knew that things needed to change. “My gut was expanding,” he says. “I needed to make a change in how I was treating myself and taking care of my body. I thought Fit For Fashion was the best opportunity to do it. The opportunity to win money didn’t hurt either!”

Marlon is no stranger to television. You might have recognised him as the Chinese-Malaysian Australian ‘geek’ from Australia’s 2010 series of Beauty and The Geek. Despite all his television experience, he wasn’t prepared for the Fit For Fashion show. “It was shocking,” he says. “I had appeared on TV before but with Fit For Fashion everything was at the next level – the workouts, the challenges, the emotions and changes I went through.

“I did not expect the challenges to have the intensity they did. You sit on the couch at home and watch it and think ‘I could do that with my eyes closed’ but the reality is very different, and in this season the challenges were ramped up.”

After the initial fitness tests, Marlon discovered that his fitness age was eight years more than his chronological age. “I was essentially a 30 year old walking around in a 38 years old’s body. It enabled me to see exactly where I was going, and the steps I could take to correct it, and even become younger than my real age. The saying is true – you’re only as young as you feel!’

Now residing in Singapore, Marlon is awkward but endearing at the same time. He says he struggled with many of the challenges, but was determined to see it through. “Each new physical challenge was tough, and so was each fashion challenge in a very different way. I was outside my comfort zone, but I realised that each stumbling block was actually an opportunity to make myself better, stronger, faster and more competent. So I used all my down time to work on my weakest points.”

He was rewarded by seeing the physical transformation. “One of the greatest things about the whole experience was seeing my body change. I was actually astounded at how much fitter I was each and every day. We were all amazed by the results and walked away with a wealth of knowledge to keep up with our fitness journey.”

Now that the show has finished, Marlon is determined never to return to his bad ways. “I’d like to continue my fitness journey and help others learn about getting and staying healthy. We are conditioned to ingest a lot of very bad stuff in modern society, things that are fine as treats, but if consumed regularly will build up in our bodies and stop us from achieving our potential. The diet and nutritional supplements made me feel 10 years younger.”