You are at:Home»Reviews»Dining Reviews»Kuishin Bo re-opens at Suntec City
By Clare Eastwood on September 4, 2015 Dining Reviews 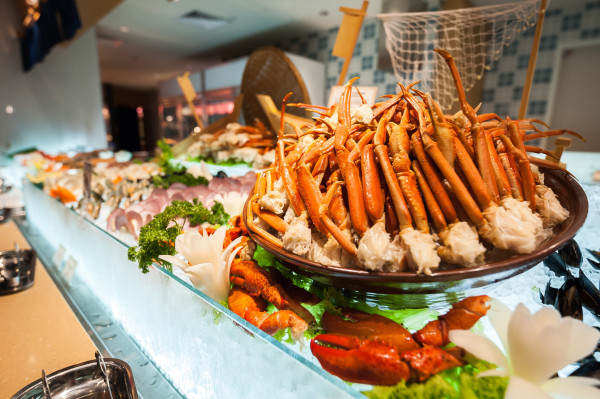 LIKE SEEING AN OLD FRIEND YOU HAVEN’T MET FOR A LONG TIME : KUISHIN BO RE-OPENS AT SUNTEC CITY

“Dong dong dong, one two three
We are Kuishin Bo”

Remember that 2002 TV commercial with images of Japanese food cycling through? And who can forget that almost monotonous voiceover that because the brand’s signature jingle?

Kuishin Bo first opened for business at Suntec City sometime in 2001, then after a fantastic run of almost 13 years, Kuishin Bo closed the Suntec City outlet in 2013.   Then in May 2015, Kuishin Bo re-opened their Suntec City outlet after a two year hiatus from the Marina Boulevard stretch. Walking in to this outlet was almost like seeing an old friend you haven’t met for a long time. 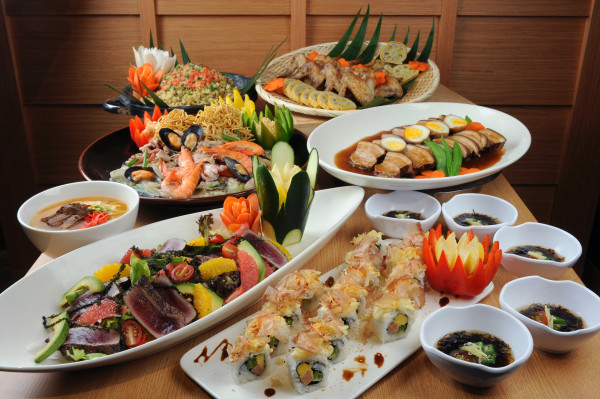 Known for their staggering line-up of “good price, good taste” Japanese food, Kuishin Bo at Suntec City has spoilt their diners with over 100 choices in their regular buffet spread. You can pig out on sushi, sashimi, teppanyaki, agemono, yakimono as well as a free flow of Zuwaigani (Snow Crab). With so many selections to choose from, your limit is the amount of stomach room you have. Oh, and did I mention that there are hourly specials in limited quantities? You just have to listen out for that iconic jingle.

The Kids Haven corner, that is exclusive to the new outlet, dishes out a kids-friendly menu such as Chicken Ragout Spaghetti, Chicken Karaage and Curry Cream Bake Rice on thoughtfully-designed low counters. After the kids are done with their meal, they can try their hands on a DIY Ice Kacang too! The kids menu is only available on weekday dinner and weekend lunch and dinner.

Kuishin Bo has introduced thematic food fair that changes every quarter. These food fair showcases over 20 gastronomic highlights from various regions in Japan. From now till 27 September, diners can tuck into a slew of mouth-watering delicacies from the Kyushu region and the Okinawa Prefecture. You can find dishes like Mentai Takana Chahan, a dish of fried rice with cod fish roe from Kumamoto, Chicken Nanban, made from free-range chicken from Miyazaki, Rafute, Okinawan pork belly stewed in soy sauce, and Tex-Mex inspired Taco Gunkan.

As part of the thematic fairs, special events and demonstrations will be held every weekend, where customers are invited to try their hands at making Japanese treats like mochi and sampling these freshly made goodies.

The new Kushin Bo at Suntec City is located at