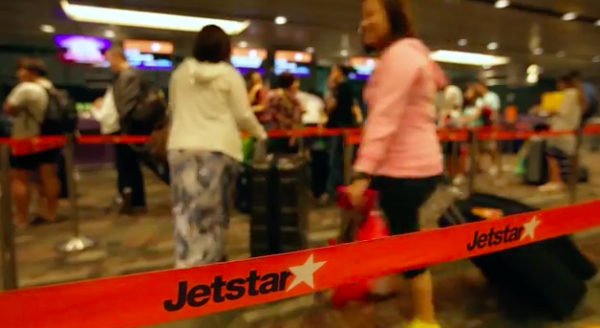 A recent study* conducted by Jetstar and Tourism Northern Territory (Tourism NT) found that 72% of Singaporeans spend their weekends indoors, 39% haven’t switched their phone off in the last year and 33% can’t recall the last time they did something for the first time.

Furthermore, 36% of Singaporeans visit a park less than five times a year, while 82% of the respondents’ encounters with wild animals were at the zoo, or squirrels and monkeys at the park.

These surprising findings prompted an opportunity for Jetstar and Tourism NT to close the gap between Singaporeans and the great outdoors, which sparked the hunt for local urbanites to Take on Australia’s Top End.

In less than two weeks, over 2000 urbanites volunteered themselves or a friend for the challenge, with twin sisters Lynn and Jean Lim emerging as the ultimate winners.

Upon nominating her sister, Lynn explained, “She has the same old routine, wakes up when baby no.1 cries as not to disturb her husband, and then she prepares breakfast for baby no.2, everyday! She needs a break from her routine and some time away from the kids.”

The sisters were whisked away on a four-hour flight to Darwin, then thrown into a seven-day challenge that saw them camp under the night sky at Litchfield National Park, got up close with giant crocodiles at Adelaide River, hiked amongst ancient rock art in Ubirr’s lush rainforest and experienced the majestic Sweets Lagoon on a floatplane.