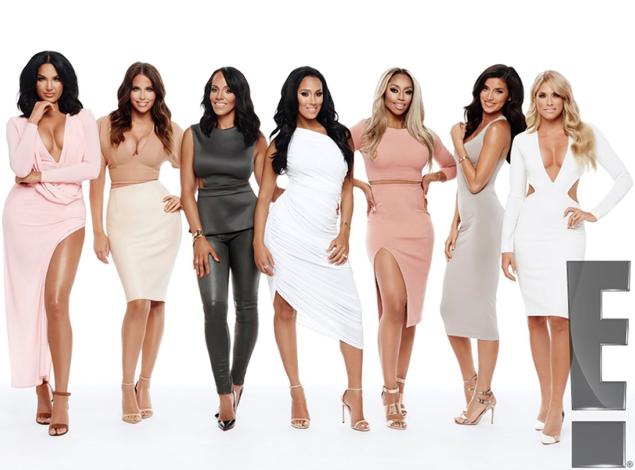 MEET THE WIVES AND GIRLFRIENDS OF SOME OF THE HOTTEST SPORTS STARTS : MEET THE WAGS ON E!

E!’s new series premiering on Friday  21 August 2015 at 9:00PM takes a wild ride into the world of some of today’s hottest professional athletes from the perspective of the women who stand by their side.  Get ready to meet the WAGS (Wives and Girlfriends of Sports Stars) on E!

These WAGS are playing the most competitive sport out there: getting and keeping that pro-athlete man! As part of an elite, exclusive group, the WAGS are close friends who are bound together by a strict hierarchy, unspoken rules and plenty of drama – and those who have the coveted ring, and a husband with a contract, are the ones with all the power!

The WAGS life has plenty of perks, but the diamonds and mansions don’t come easy. These women are constantly strategizing and fine-tuning their playbooks to maintain their place in the line-up among the other WAGS, and to maintain the high-profile celebrity lifestyle that comes along with that role.

In this 8-episode series, E!’s WAGS are faced with tough decisions as players change teams, forcing some to decide whether or not to uproot their lives and move across the country. Additionally these women are constantly working to find ways to balance their own careers and interests with the demands of their partner’s sports schedules. And while one WAG is planning her magical wedding, another one’s fiancé is getting cold feet. Meet the WAGS on E! who are bonded together by long-time friendships, but are showing their competition side as they attempt to rise to the top and be “queen” of the WAGS – there’s sure to be plenty of drama!

Get to know the WAGS on E! before they hit the screen this Friday 21st August 2015:-

Sasha Gates – Sasha is the queen WAG of the group, married to a 5-time All Pro Player from the San Diego Chargers who has a multi-million dollar contract. She was featured in music videos until she met her husband, but now she’s a doting wife and mother to a little girl with another one on the way. However, Sasha still has her own interests as she starts looking into a music career. She also has a children’s clothing line called Wittle Ones, with best friend/business partner Autumn Aijrotutu, which features cute football clothes for kids.

Autumn Ajirotutu – Autumn met Seyi Ajirotutu of the Philadelphia Eagles in college, and the two are now married with twin girls. After leaving the San Diego Chargers, Seyi recently signed with the Eagles and now Autumn is faced with having to decide whether to uproot her family and turn her life upside down to move to Philly. Autumn has always loved to party and is finding it difficult at times to transition from that life to being a new mom.

Barbie Blank – Barbie is engaged to Sheldon Souray (most recently of the Anaheim Ducks) and the two are actively planning their January 2016 wedding in Cabo! Barbie is a former WWE Diva known as “Kelly Kelly,” who made her debut at only 19 years old. She performed from 2006-2012, which included being the Diva’s Champion in 2011. As a former athlete herself, she’s not a “typical” WAG, but with the pending wedding, Barbie is very excited to move up the hierarchy chain and legitimize her WAG status.

Ashley North – Ashley North is a WAGS descendant (her father was a Major League Baseball player who played for the SF Giants, Oakland A’s and Chicago Cubs), who gets a lot of great advice from her dad on how to navigate this competitive world, including an emphatic warning not to date athletes! However, Ashley chose not to heed his advice – she has been with Dashon Goldson of the Washington Redskins for over 11 years and the two have a young daughter together named Charly. They have been engaged for a year, but Dashon’s hesitation with locking in a wedding date is a serious cause for concern. Outside of her “role” as a WAG and mother, Ashley is trying to balance her own career as a celebrity stylist whose clients have included Kevin Hart, Justin Bieber and J Cole among others.

Nicole Williams – Nicole has been dating Larry English of the Tampa Bay Buccaneers for four years now, and she is ready for that ring! She is a gorgeous, successful working model who is always on the road traveling for jobs, having modelled for Old Navy, Gucci, La Senza, Macy’s and more – she was even tapped to appear in Robin Thicke’s “Treats” video. While she prides herself with having her own life, Nicole tries to keep Larry on a short leash as she struggles with the “jersey chasers” who follow these NFL players everywhere they go!

Natalie Halcro and Olivia Pierson – Natalie and Olivia are gorgeous, cousins and best friends who launched a beauty and fashion blog together that proved to be so successful, they are taking it to the next level – but mixing family and business is always a challenge! Natalie’s boyfriend is Shaun Phillips who has played for the Denver Broncos, Tennessee Titans and Indianapolis Colts. They have been together for 2 ½ years and while Shaun is looking to take things to the next level, Natalie is very independent and has to figure out how to balance this relationship with her own career plans, especially now that she has reached “Instafame” with a million Instagram followers! Olivia is single and a hopeless romantic, but will only dates athletes. She has been linked to players from the Denver Broncos, San Diego Chargers and Los Angeles Clippers!

Don’t miss a minute as the WAGS drama unfolds on E! StarHub Ch 441, Singtel TV Ch 328 bring us E! with front row seats to the real competition when WAGS premieres on Friday 21 August, at 9:00pm.  Follow the show handle @WAGSonE and join the conversation using the hashtag #WAGS.