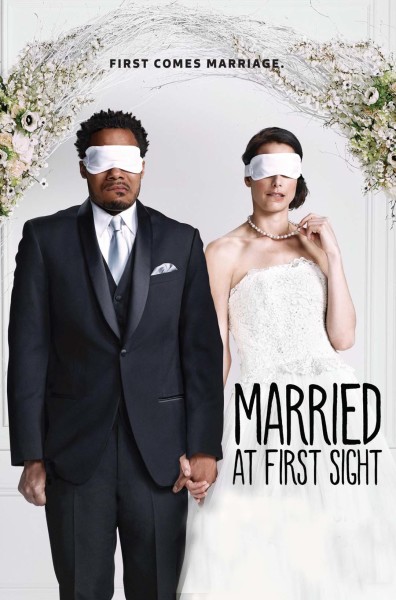 DON’T KNOW WHAT’S ON TV THIS MARCH/APRIL?  LOOK KNOW FURTHER, WE KNOW WHAT TO WATCH

This April, StarHub channels HISTORY and Lifetime have a whole not-to-be-missed line up for anyone who likes to unwind and relax by watching TV at the end of another long and hectic day.

MARRIED AT FIRST SIGHT, the acclaimed series returns for a second season.  Six brave souls from the Big City, each yearning for romance and a loving partnership, agree to a very risky proposal in a dating show with a novel twist, all guided by four experts – a therapist, anthropologist, spiritualist and clinical psychologist. CASTING SPECIAL premieres 20 April at 10pm (SIN/HK) and subsequent episodes on Mondays at 9pm (SIN/HK) from 27 April.

Amazing Race Australia follows 11 teams on the adventure of a lifetime as they race around the world, covering 50,000km, four continents, 12 countries and 23 cities before returning to Australia to crown the winners. The adventure will see them crisscross the globe, facing challenges at each destination on the way to a $250,000 prize.  New episodes from 1 April.  Tuesdays and Wednesdays at 9.00pm

King, a new crime drama series with a hint of dark comedy, stars Amy Price-Francis as Jessica King, a veteran police officer who unexpectedly gets promoted to head of the Major Crimes Task Force in Toronto after her predecessor has a breakdown on live television. Jessica must quickly find a missing girl to prove herself in Lori Gilbert.  Premieres 7 April.  Tuesdays & Wednesdays 10.00pm.

Catch up with the Sisterhood Marathon Easter Weekend as we follow the journeys of five very different young women as they embark on an incredible holy passage as they enter a convent, living and working as nuns before deciding whether to take vows and become Brides of Christ. As the women enter the Order of the Daughters of St. Paul convent they must decide if I’m Not Ready.  Premieres 4 April Saturday at 3.00pm.

Catch up with a Marathon & Finale of hit new series Chasing Nashville, diving into the lives, hopes and dreams of four hopeful families putting everything on the line to help their talented daughters make it in the highly competitive, and potentially lucrative, world of country music. Tensions mount and everything comes to a head as Showtime! approaches.  Premieres 25 April Saturday at 2.00pm.

Not to be missed Lifetime Movies too:- 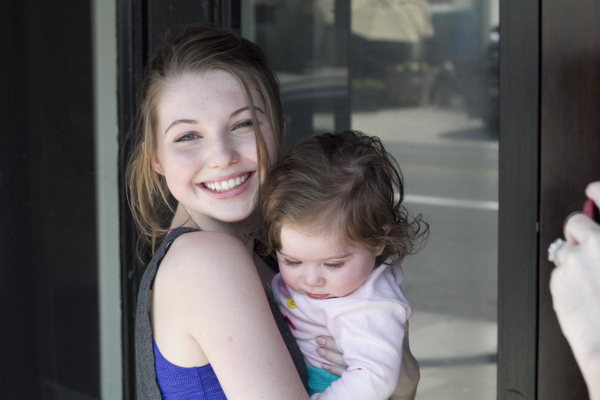 In Zoe Gone, Sixteen-year-old high school student Jennifer’s life is turned upside down when she gives birth to baby Zoe. With boyfriend Zach and mum Alicia not interested in helping, it’s all down to Jennifer. And when Zoe is kidnapped, Jennifer’s maternal instincts kick in and she will stop at nothing to find her baby.  Premieres 12 April Sunday at 8.00pm. 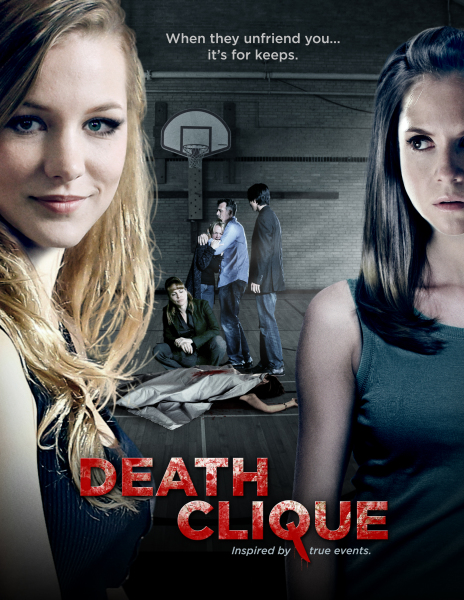 Best friends Sara and Jade’s lives are torn asunder when new girl Ashley arrives at their school, determined to coax Jade away as her BFF. Subtle manipulation and little lies start to drive a wedge, but when Sara pushes back Ashley decides to take her out of the picture and force Jade to help cover it up in Death Clique.  Premieres 19 April Sunday 8.00pm.

Inspired by a true story and starring Jennifer Beals, A Wife’s Nightmare sees a mysterious teenage girl appear on Liz Michaels’ doorstep claiming to be her husband’s long lost daughter and she welcomes her into their home. But when Liz starts to feel pushed out of her own family, she begins to question the girl’s true motives and doubt her own sanity.  Premieres 26 April Sunday at 8.00pm. 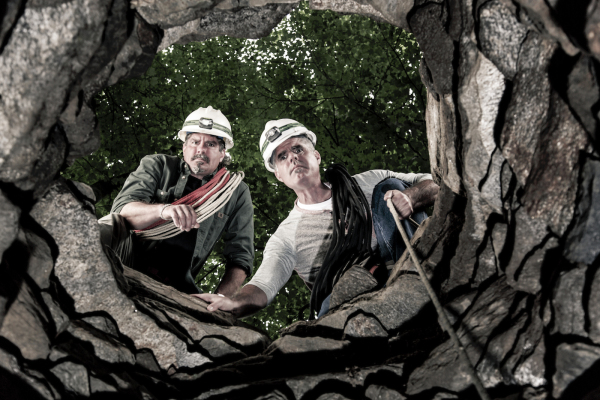 This April on HISTORY, unravel the mystery in the new series Search for the Lost Giants we meet Bill and Jim Viera a pair of hard-working stonemasons who stumbled upon a potentially history-shattering discovery in the woods of Massachusetts: a set of advanced stone structures and tunnels that could be the clue to a lost civilization, and a race of giant humanoids who lived there. Follow them on a quest to unravel the mysteries of these giants.  Premieres 22 April Wednesday at 10.00pm.

Storage Wars returns with a brand new season as the charismatic buyers track down the best deals in Long Beach, California, hoping to strike gold in a treasure hunt among unclaimed lots in storage lockers. In each episode, bidders crowd around unopened units as the chain is cut, allowing them to peer inside for just a brief moment, aided only by a flashlight, to asses the value.  Storage Wars S6 premiers 7 April Tuesday at 9.00pm and 9.30pm.

History brings you a brand new season of acclaimed series Swamp People and the great crocs, swamplands and hunting season that define their lives. As the hunting season opens with Bounty On The Bayou one hunter heads deep into the swamp to catch a legendary reptile, while another seeks out advice from his mother in hopes of catching a bounty-winning gator.  Swamp People S6 premieres 9 April Thursdays, 9.00pm.

The epic series Appalachian Outlaws returns with a new season following 8 clans fighting to claim their share of mountain riches during one of the most important seasons of their year: “the fat months” of late summer through harvest time. Root Awakening sees the clans all fighting their own battles over ginseng, from chasing big deals to fleeing the feds.  Appalachian Outlaws S2 premieres 9 April Thursdays, 10.00pm. 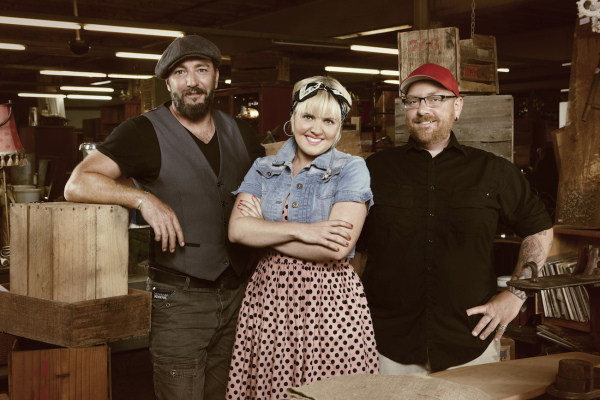 Pickers goes down under in a second season of the hit US History series with Aussie Pickers where Lucas Callaghan and Adam McDonald scour the country for hidden gems in junkyards, basements, garages and sheds, meeting quirky characters and hearing their amazing stories, earning a living by restoring forgotten relics to their former glory.  Aussie Pickers S2 premieres 22 April Wednesdays, 9.00pm

History launches the 15th season of one of its most popular and beloved shows, Pawn Stars. Get In The Ring sees the guys try to score a knock for memorabilia from undefeated boxing champ Rocky Marciano, while in Rick, Rock, and Roll Rick gets rocked when a meteorite lands in the shop. Will he take one giant leap?  Pawn Stars S15 premieres 27 April Mondays, 9.00pm & 9.30pm 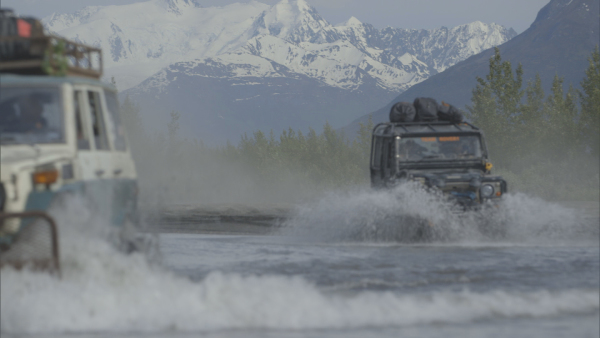 Four of the world’s best extreme terrain drivers team up with top mechanics to conquer some of the harshest terrain on earth in brand new series Alaska Off Road Warriors. Vehicles and drivers alike are pushed to breaking point by the unforgiving Alaskan Interior in Fallen Warrior as the five teams battle trails littered with sharp boulders, swift rivers, and steep, treacherous ascents.  New Episodes from 6 April Mondays, 10.00pm

Celebrate the holy Christian month with Easter: The Bible Marathon, which brings fresh life to the world’s best known book by immersing the viewer in first person stories from the heroes and villains whose actions shaped both the Old and New Testaments, from Beginnings, with Noah facing God’s wrath, right through to Passion, where Jesus is crucified and reborn.  Premieres 3 April Friday to Sunday, 5.00pm

Vikings S3 is showing now and every Friday at 10pm with the Season Finale airing on  24 April Friday, 10.00pm.  Fans of Vikings will be pleased to catch the Viking Village at Westgate Mall Jurong East, Singapore which features costumes, interesting facts about Vikings and great photo opportunities.  Viking Village, Westgate Mall now until 31st March 2015.